Out of print! You might find this book with your favorite seller of books though. Want to know if/when there’s a new version? Sign up for the irregular newsletter.

Tumblr is one of the most exciting hosted publishing platforms out there. It not only is a great way to blog, you can also use it to syndicate your online personas, to publish simpler websites and promotional campaigns, and of course to network with other users. Tackling Tumblr not only gets you started with Tumblr, the book also helps you expand your Tumblr sites, find the themes you need, and even modify them to fit you even better.

Published in late July (US) and August (UK and mainland Europe), 2011!

From the book’s back cover

A comprehensive guide to the popular web publishing site Tumblr

The popularity of Tumblr is growing by leaps and bounds, as it continues to make a name for itself as a reliable, accessible blogging platform. Yet, there is very little documentation on Tumblr, leaving newcomers confused as to where to start. That’s where this helpful book comes in. Written by well-respected author Thord Hedengren, this step-by-step guide is an ideal starting point for Tumblr newcomers as well as web designers who want to take their Tumblblogs to the next level.

You’ll learn how to maximize the full potential of this amazing blogging and lifestreaming platform as you create your first post, make your Tumblr blog unique, create your own custom themes, and more. 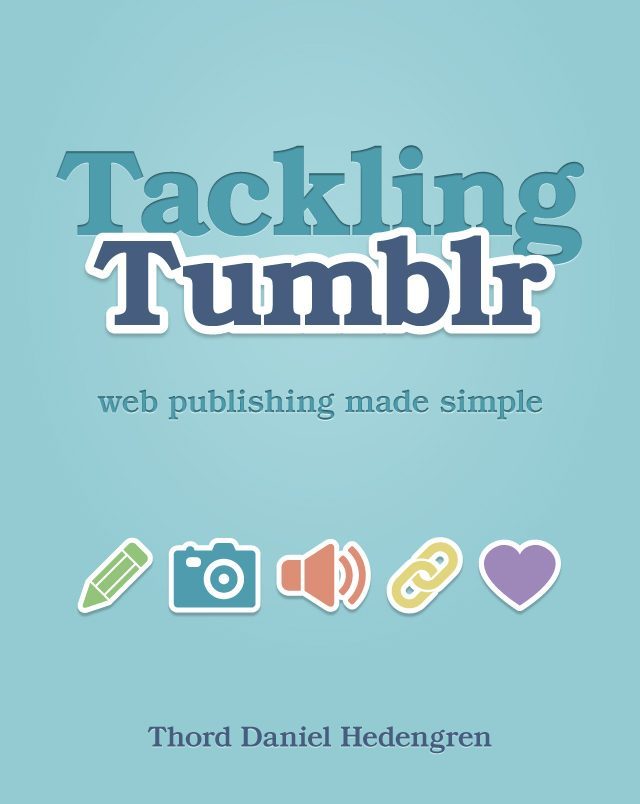 Finally, don’t miss my Tumblr, it’s full of nonsense, which is always fun. There is alos a Tumblr for the book, and the theme I’m building together with you, dear readers: http://tackling.tumblr.com