I sold my web agency, Odd Alice, one year ago, with a clear goal in mind. Things didn’t turn out the way we – meaning the new owners and I – planned, which meant that I took on a much more active role at 24HR than initially planned. Fast forward to today, and I’m happy to announce a new digital agency based in Stockholm. We’re calling ourselves Divide & Conquer, and it’s going to be great!

But let’s start from the beginning, shall we?

Preparing for the next step

I never meant to run the Odd Alice web agency for as long as I did. There were others that were supposed to take over, but life and illness held me there. Don’t get me wrong, I wasn’t resisting as much as I perhaps should have, because working with people, brilliant and fun people, that you can call your friends is a gift.

Sometime in 2016 things got a bit too messy for me personally. I’m not quite sure what made me look for prospective buyers, and it’s beside the point, but I did start to shop around. There were interested parties, mainly consulting firms and agencies, which just wouldn’t jive with the Odd Alice culture. And then there was 24HR, with grand plans and an idea of non-operative owners.

It took two years to finalize the deal, but we moved in to the 24HR office in Stockholm (there’s also a Malmö office) on August 1st, 2017. Some shareholders got paid in cash, others (well, me) in shares in the 24HR parent company, as part of the deal. I was looking forward to merging with a fully functional business, with an extensive administrative apparatus in place. There was also a talented COO running the office, and whatever doors this would open for my team, and myself. There were grand plans and expectations, as I said.

We, being me and Malin of Odd Alice founder fame, sold the apartment in Stockholm, and moved to Österlen in the south of Sweden. The idea was for me to be an asset when needed, for concepts and special projects. Our initial goal was me at the Stockholm office a few days every other week.

Moving operations to a new team and management structure is tricky. It gets infinitely more challenging if the person meant to be in charge decides to quit. There’s obviously more to that story, but let’s leave it at that.

We were left with a Stockholm office without a leader. That’s not good for business, nor morale. The obvious choice was for me to step in temporarily, and that’s what happened. So from bi-weekly visits to the Stockholm office, flying back and forth, I went to weekly visits, then to being there Monday to Friday. Finally it became bi-weekly visits to my home and family, rather than the other way around. Add some administrative turmoil to this and you get the exact opposite to what was planned. We, as owners, all agreed that this was an issue, and we were going to work on solving it.

Thing is, work is fun. It was a great team, and I didn’t do it all by myself. I had my team, and I had Helena Waern. It became obvious pretty early that she and I brought different things to the table, so we sat down and figured out how we could make the office work. Then we took it from there, sorted things out, and turned business around during a hectic couple of months.

We had plans, of rebranding and bringing focus to the Stockholm branch. Lots of energy, plenty of ideas, and many late nights writing quotes and offers. It was fun, rewarding, and utterly exhausting for us both. Add the travel, and it’s not hard to figure out that we were running out of time.

As it turns out, my idea or how a business should be run, and what’s important, didn’t match with the owners of 24HR. The owners at this point in time included myself, but since the idea was for owners to not be operational, I felt I couldn’t both represent the people working at the office, and the owners. And thus I didn’t, I kept out of the loop, mostly focusing on running the office with Helena.

To make a long story short, both me and Helena worked way too much. We didn’t get the support we needed, and that’s not a good place to be in. So we started talking about how we should work together in the future. At this moment in time, it was obvious to us that we should continue to work as a team.

There was talks and negotiations about a sale, of both offices and just the Stockholm one. I’m not going to go into that. Suffice to say, it didn’t work out, and sooner or later enough’s enough.

I did my last day at the end of June, and left after that. Helena went on vacation.

I no longer own any shares in 24HR. That would be unseemly. I wish the remaining owners all the best, and we might help each other out with remaining client work. We’ll see.

I’d like to offer my sincere thanks to the great people I’ve had the pleasure of working with the past year.

Mattias Ekendahl, Ellen Nordenskjöld, Mikael Hornaeus, Mark Ellis, and Marco Hyyryläinen. You’ve all been great. I’ve enjoyed working with you. We’ve had fun, I think. Circumstances could’ve been better, but such is life, right? I wish you all the best on your future endeavors. I’m sure we’ll meet down the road.

And yes, that list is not complete. You know where this is going.

I’ve founded Divide & Conquer with Helena. We’re doing this thing with our fellow superstars Emma Fresk and Anders Norén. I couldn’t be more happy with this team. We’re bound to do some great things together. 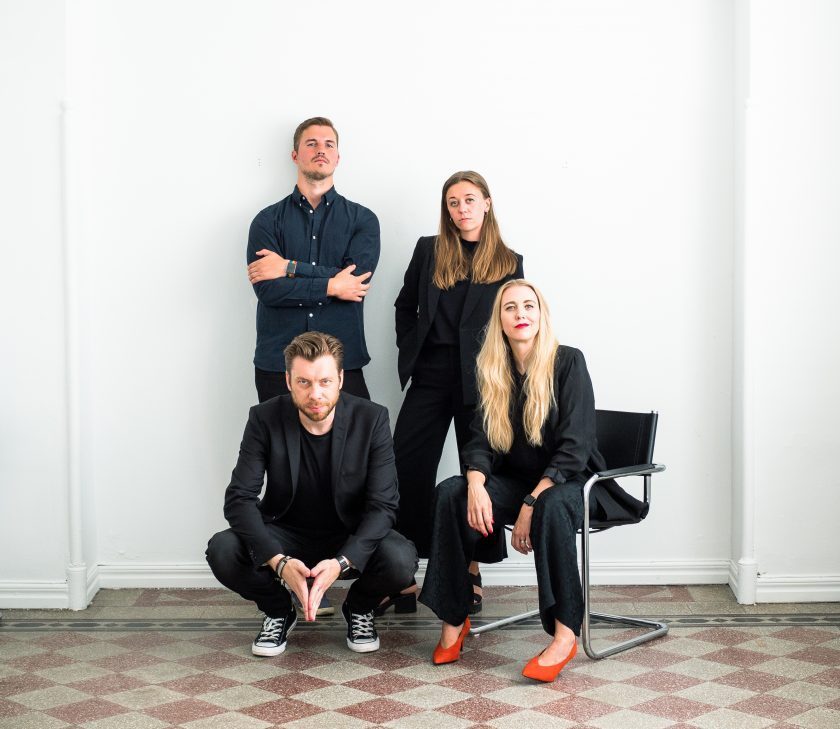 Emma is a bright shining star. She’ll amaze us all, I have no doubt.

Anders is an amazing developer and designer, and a good friend. This was bound to happen, buddy.

And Helena is the perfect co-founder for this digital agency. We’re such a good team that it’s almost embarrassing.

Together we’ll build and design websites, APIs, apps, concepts, and strategy. We’ll also continue my work as an advisor and business developer for startups. In fact, we’re already doing this.

As of today, August 1st, 2018, Divide & Conquer is in business. We’ve technically been in business for a while, but today is the first day when we’re all officially employed, working full time with Divide & Conquer. It feels great.

We’ve already been in the news with Bark Bar, a watering hole for dogs outside of our studio at Tomtebogatan 18 in Vasastan, Stockholm. And we have some clients, with more to come. Meetings, ideas, community projects, conferences, and then some – there’s a lot we want to do.

It’s back to basics for me, but with new ideas and concepts for making things work. Tools and strategies, all those things that makes an agency work, there are ideas for how that should or could work. I’m looking forward to sharing the experience, because it’s rare to be able to try something from the beginning like this, with no history whatsoever. Well, plenty of history, but a blank slate.

So there you have it. If you want to work with me, check out Divide & Conquer for contact information. There’ll be a proper site down the line, but for now we’re focusing on client work. We’re documenting #barkbar and other things on our Instagram, and there’s obviously pages on Facebook and Linkedin as well.

I can’t wait to see where this leads. It’s going to be a great adventure.