This is not about miracle diets or losing weight. Just saying.

When the iPhone 6 launched, I bought both models. To me, the iPhone 5 models where close to being too big to live in my pocket already, and I feared that the 6 and 6 Plus would feel ridiculously big and clumsy. As usual, Apple knew what they were doing, and although I found both the 6 and the 6 Plus to be slightly too big, neither were clumsy. My reasoning was that if the phone’s gonna be big, it might as well be too big proper.

I was happy with my iPhone 6 Plus, although I did find it awkward at times. The form factor excels at games, video, and reading, at least in comparison to the regular sized 6. My iOS setup back then was an iPhone, the 6 Plus, and an iPad Air (which became iPad Air 2, when it came out). I found myself reading a lot on the 6 Plus, and the iPad Air 2 stayed at home. Thus it was logical to pick up the iPhone 6s Plus when it was launched.

Readers of RE:THORD already know that my 6s Plus met with the floor tiles of the office bathroom, and decided to crack. It’s the first time a phone screen has broken, and I’ve had a lot of phones, dropped them plenty of times, and I usually loathe cases. Dents and scratches has happened over the years, but never a cracked screen. And yet, there I was, it was bound to happen. Some people can (or have to) live with a cracked screen, but I couldn’t, even though it was only a flower in the top left. A trip to an authorized Apple retailer later, and I was without an iPhone.

So I bought an iPhone 6s, regular sized. I also picked up asilicone cover, which I’ve grown to appreciate due to the iPad Pro. Granted, most people won’t pick up a new phone like that, but I felt I’d had it with the Plus size. It kept falling out of my favorite jeans pocket, and I was started to get annoyed with it. 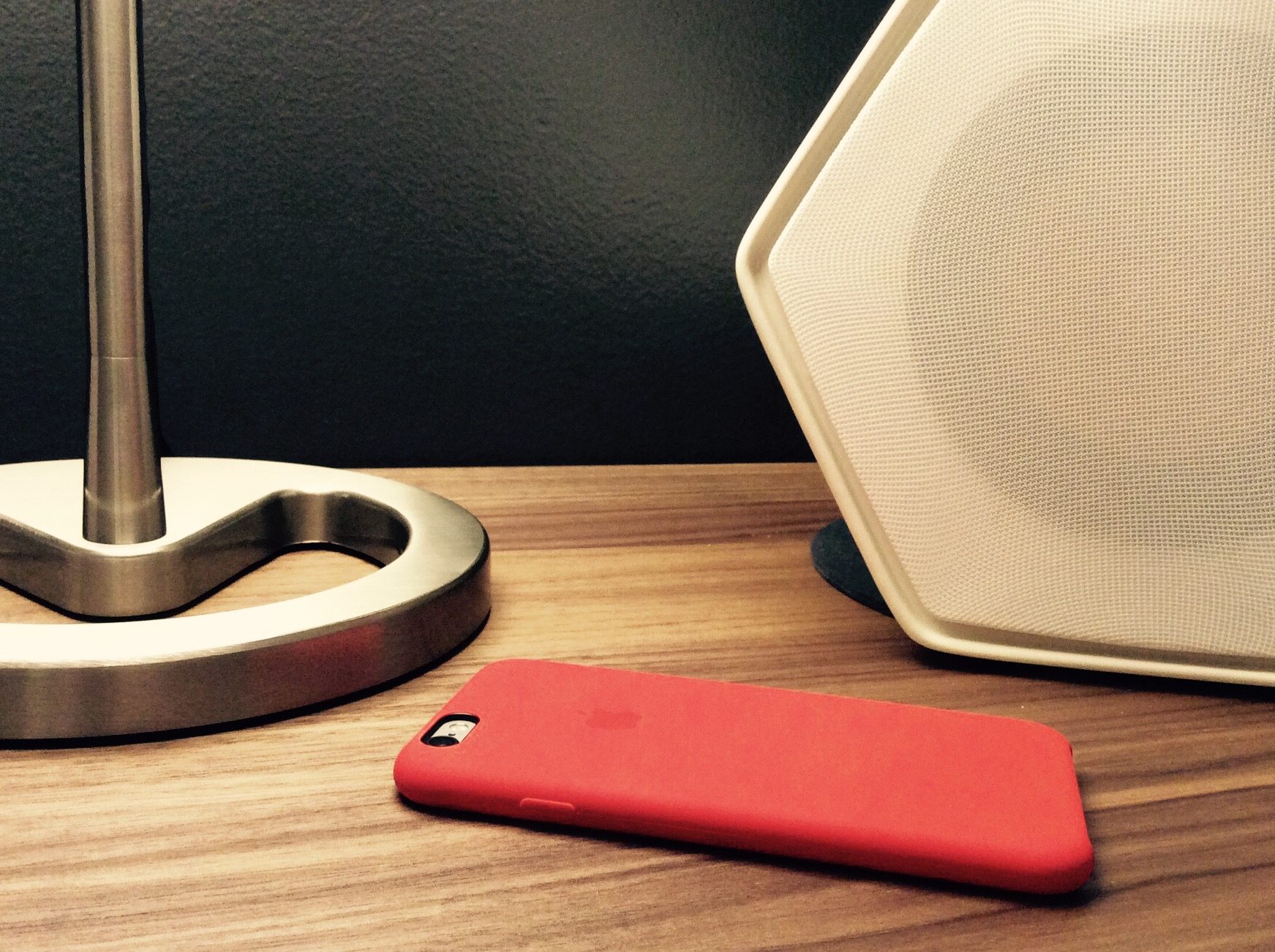 Things that the Plus-sized iPhone does poorly: One-handed navigation/typing/handling, writing in landscape mode, staying put in my jeans pocket.

Let’s give the regular-sized iPhone 6 the same treatment.

Things the regular-sized iPhone does well: Games (albeit not as good as the Plus), thumb-writing in landscape mode, one-handed handling of almost every kind that’s reasonable, taking photos and shooting video (although without stabilization), staying in my jeans pocket.

Things the regular-sized iPhone does poorly: Writing in portrait mode (yeah, I’ve got big hands, but not big enough for comfortable one-handed writing, although it’s possible and I do it every now and then).

The Plus is better for games, but the difference isn’t as big as I thought it would be. I play a fair number of games, and although I prefer the Plus, it’s not an important enough aspect for me. The big disappointment of the Plus was writing on it. I thought, and hoped, it would be a great portable writing tool. In landscape, you get so many extra keys, but even with my big hands, it was – and is – a bad writing experience. It works just fine in portrait though, wide enough for my hands, but why then would I not use a regular-sized iPhone in landscape mode?

I got my iPhone 6s Plus back today. Looking at it, there’s no doubt it’s a wonderful machine. I just wish it was a few inches bigger, that would offer a better reading and gaming experience. It’d be a worthlessly big phone, obviously, but my recent years of Plus-sized phones tells me that this isn’t a particularly good phone either. It’s a great portable computer, but as a phone, it’s failing.

My current iOS setup starts with the iPhone 6s, then I’ve got an iPad mini 4, because that’s the size I really want when I sit down and tackle my Instapaper queue in my comfy chair. Finally, there’s the iPad Pro, the super-plus-sized iOS device that doesn’t try to be something it isn’t. I’m happy with this.