That I love writing on my iPad, with the appropriate apps and accessories, is no secret. After all, I did write an ebook about it, called The Writer’s iPad, so it goes without saying.

I’m also an avid iPhone writer. Before this wonderful device came along, I managed to crank out the occasional draft on my dumbphones, something that was a lot less pleasant than today’s alternatives.

Writing on mobile devices, smartphones in this case, is nothing new. There’s been novels written using SMS and Twitter only, and there used to be things like this in Japan back in the day. There’s nothing groundbreaking about writing long form on a smartphone, a lot of friends and acquaintances rely on their iPhones and Androids for these things, much like I do. I’ve written a lot of shorter stuff on my iPhone myself, and thousands of emails, as well as parts of longer articles. Thanks to the wonderful world of cloud computing, I’ve been able to jump into documents as needed, getting work done using only my iPhone. 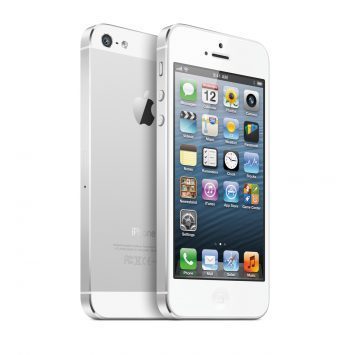 I’m writing a novel on one of these

But I’ve never set out to just use the iPhone, and never considered tackling a larger project with that premise. Since I’m slightly mad, I intend to do just that.

Here’s the plan. There are 184 days from today (August 1st 2013) until January 31st 2014. During this time, I intend to write at least 300 words per day, culminating in a 55,000+ words novel manuscript by the end of January next year. I’ll document the effort, and do weekly reports for as long as they’re interesting. I’ll also post about my progress on Twitter and App.net, should you want to stay ridiculously up to date.

300 words on a daily basis really isn’t much, but the idea here is to put my smartphone of choice (an iPhone 5, until Apple releases the iPhone 5S of course – you could use whatever you like) to good use on those extra minutes in the day. I think that I, and just about anyone else, should be able to squeeze in 300 words during the day without actually scheduling a writing session. I might be wrong about the amount of daily words that are reasonable, and I’ll be sure to set a reminder so that I don’t forget to write, but I still think the experiment is valid.

The final manuscript will in fact not be final at all, no manuscript is done just because you’ve typed The End. It’ll be a first draft, nothing more than that, and since I’m just clocking 300 words daily, not scheduling the writing, and running this project alongside other things, I expect it to be a fairly crummy first draft. But still, a first draft is a first draft, and it can be polished and rewritten. We’ll see how it turns out in the end.

I look forward to this endeavor with some dread. I’m a fast typist and the ideas tend to flow, but this is pretty far from my disciplined 2,000+ words per day schedule, as well as from the whisky fueled night ramblings that I sometimes indulge in. I can’t wait to see how this’ll turn out.